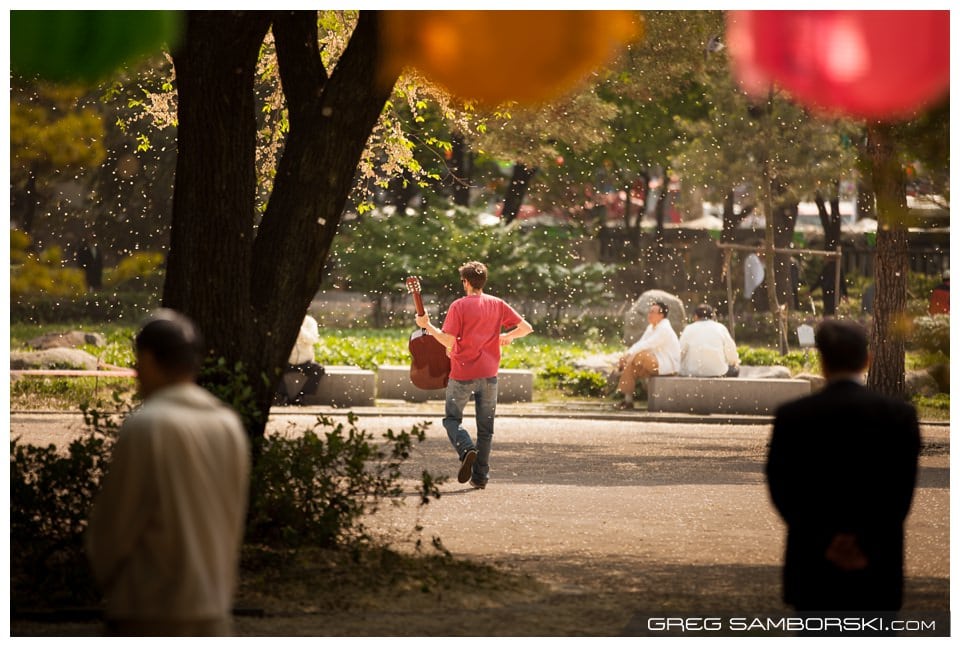 Seoul, South Korea: If you’ve checked out my website before you may remember Brandon and Kim from the maternity photos I did for them roughly three years ago.  It fact, it was that very set of photos that got my photography career started!  Well, with baby number two on the way any day now Brandon decided it was about time to pop the big question to Kim.  Brandon and I used to build couch cushion fortresses and have Nintendo all-nighters back in grade four.  We lived together in university and I convinced him to move from Japan to Korea years ago.  It’s pretty damn cool that I was able to do a paparazzi shoot for my best buddy and soon to be father of a second child 23 years later.  I’ll always remember that balmy afternoon, sharing a beer with Brandon as he practiced playing his song for Kim and cherry blossoms cascaded down from the trees in the background.  Who would of thought we’d end up in this foreign land married to some sexy, smart foreign ladies raising a family of our own…

Brandon proposing to Kim would mark my fourth paparazzi proposal to date.  Brandon had setup a “Babymoon” for Kim as the cover story for the trip to Seoul for a massage, manicure and overnight stay.  Usually I plan these shoots to a tee but Brandon and I tend to be somewhat impulsive so we ended up changing 90% of our plan right before the shoot!  The location Brandon and I met at was beautiful but challenging, namely for the fact it was extremely crowded, there was little cover for me.  Cover was especially important on this shoot because Kim would spot me in a heart beat if I wasn’t completely concealed.  I ended up finding a cluster of bushes to hide in.  The more concerning issue however was that the “grass goons” were out in full effect.  Dare to sit or tread anywhere that wasn’t concrete and three orange clad grass goons would show up and start yelling at you.  We nearly saw a fight break out between the goons and an old man who was determined not to give in.
Luckily Brandon had a good friend, fluent in Korean and English so we approached the keeper of the goons and handed him a phone which he was extremely reluctant to take.  After a good minute of persuasion he finally put it to his ear and the voice on the other end explained that Brandon was there to propose to his girlfriend and that we wold only need access to a small patch of grass for a few minutes.  To our surprise he agreed and called off his gang.  Still, there were strict rules to be adhered to, we were not to go beyond the grass this the rock half a foot away in the green vegetation was off limits.  Still, it was better than nothing!

As H-hour approached Brandon and I went through a rehearsal together — that’s right Kim, he proposed to me FIRST!  Brandon took me by the hand, pulled me to my feet with considerable effort (I was pretending to be pregnant), got down on a knee and… didn’t quite know what to say from there.  I advised him to work on that part while I got my gear ready.  After he got the speech down we noted there would be just enough time for a beer while he practiced his song.  Finally the time came for Brandon to pick Kim up from her massage and manicure around the corner.  The game was on. 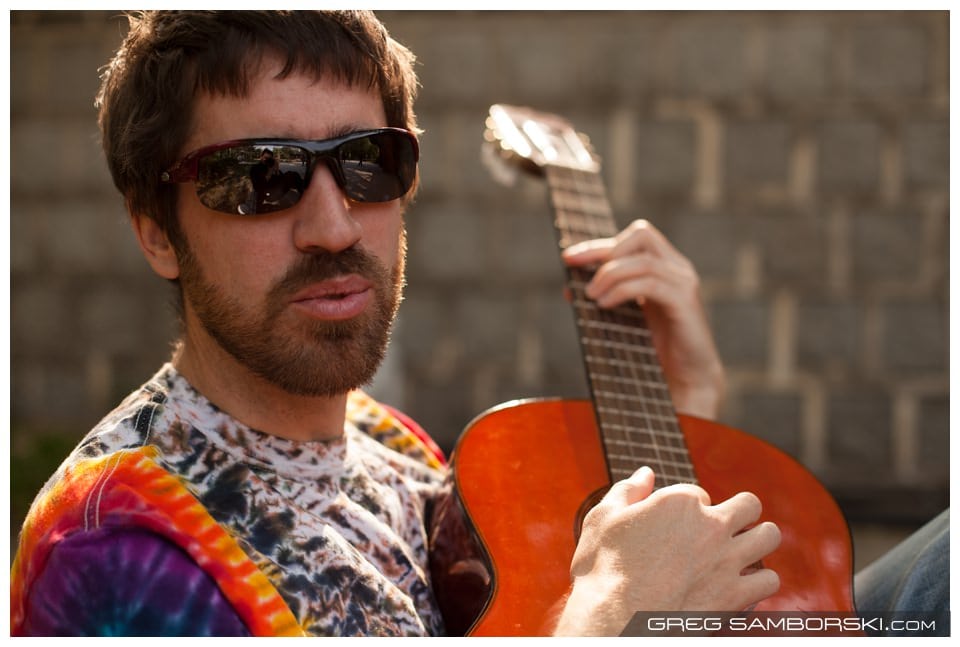 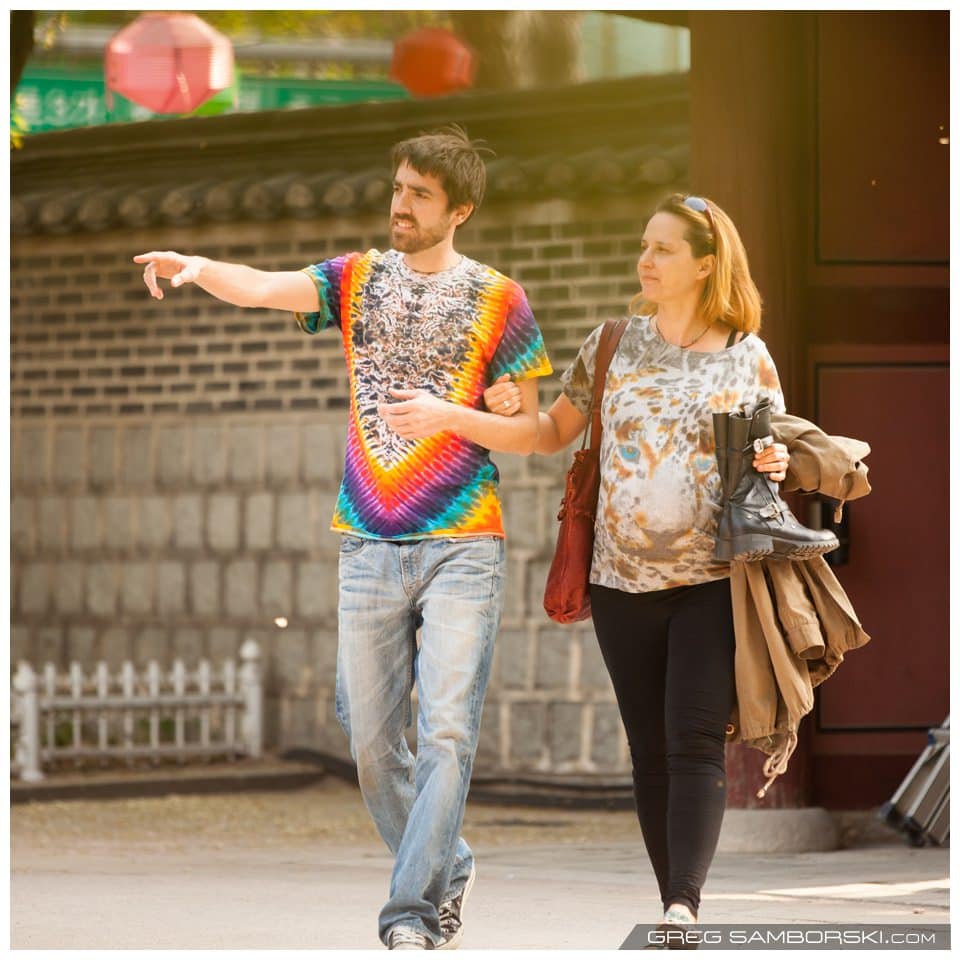 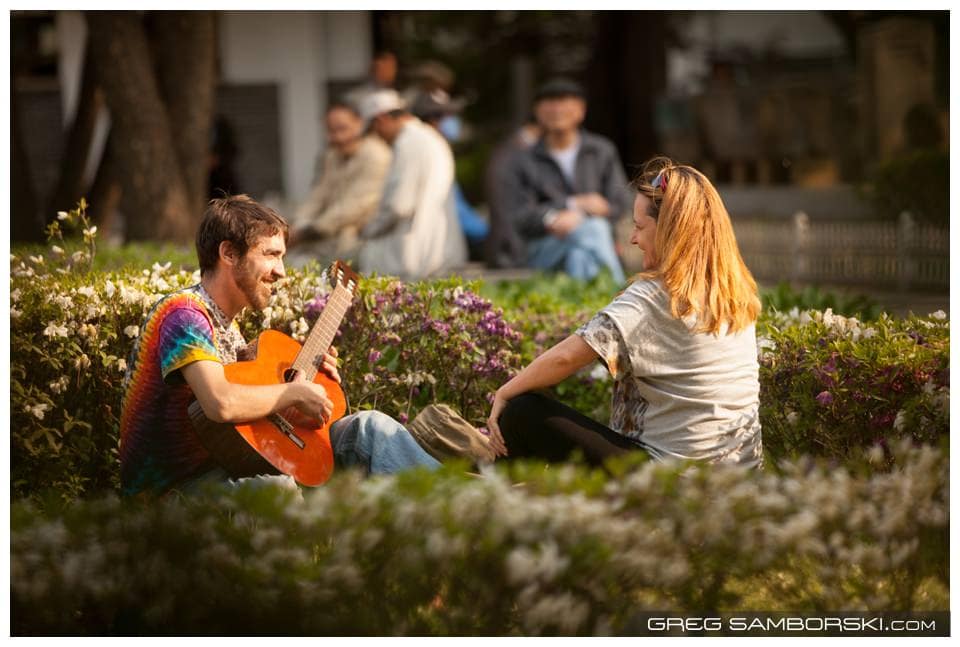 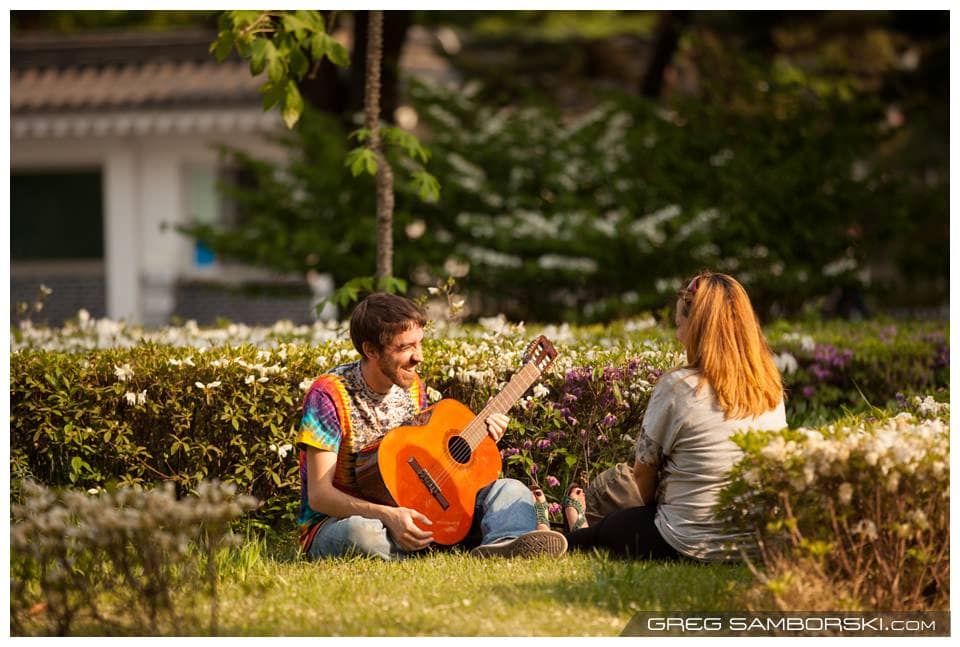 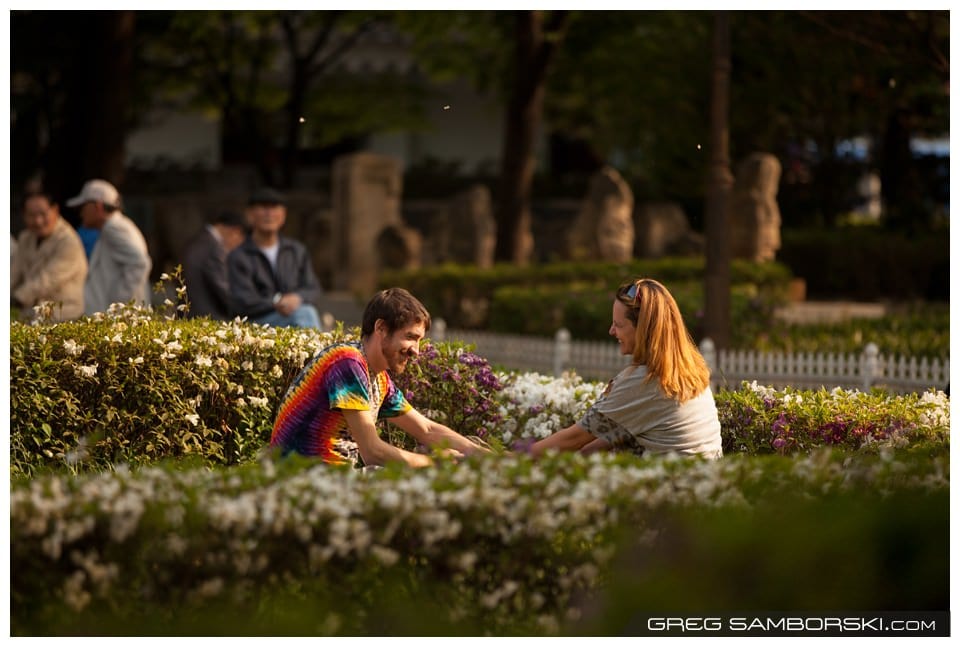 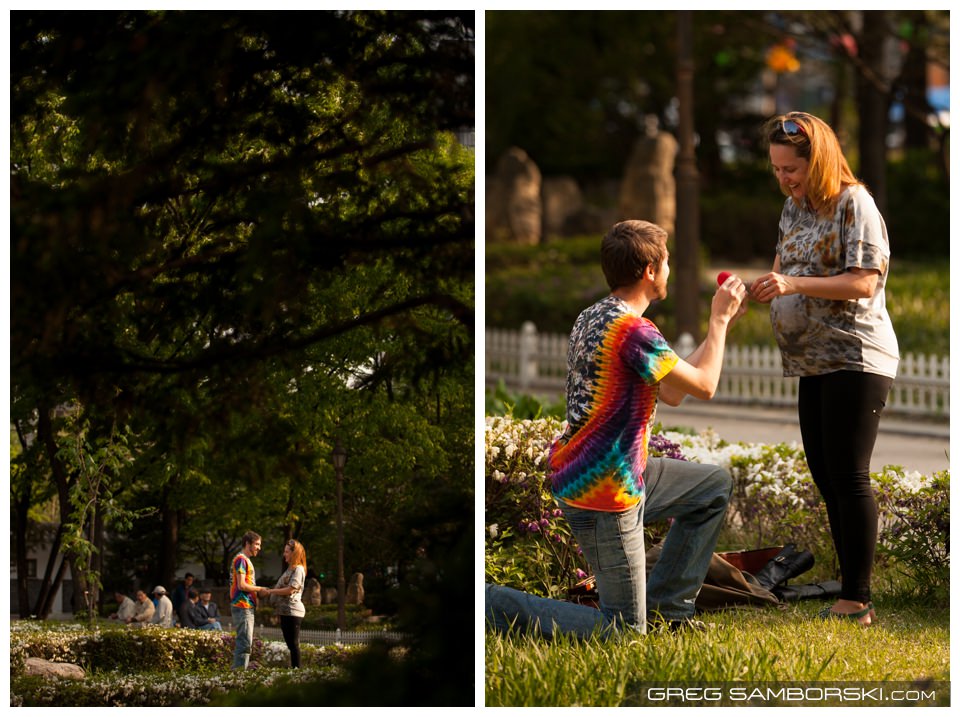 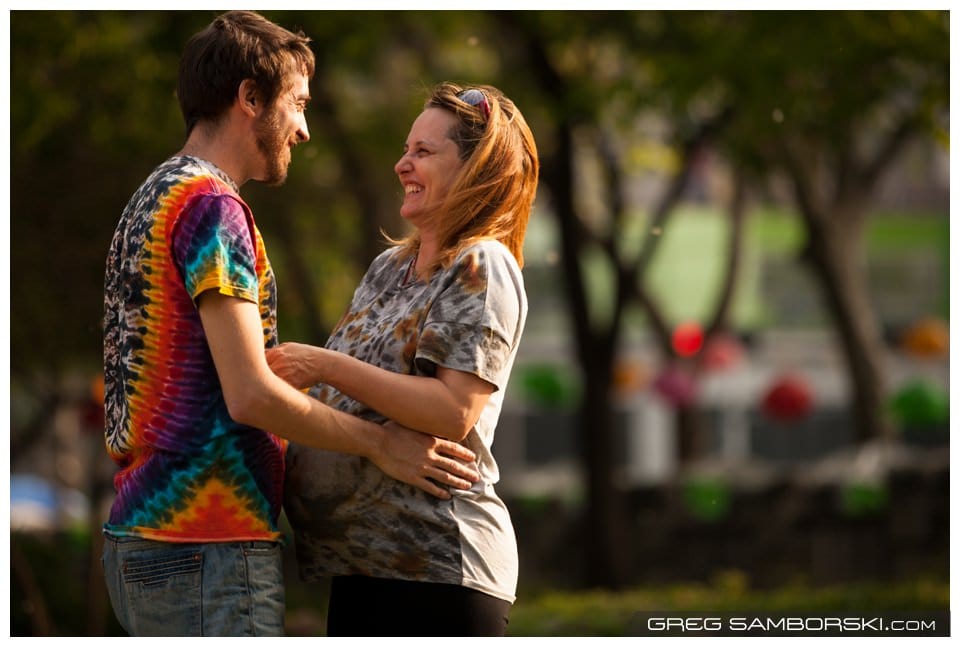 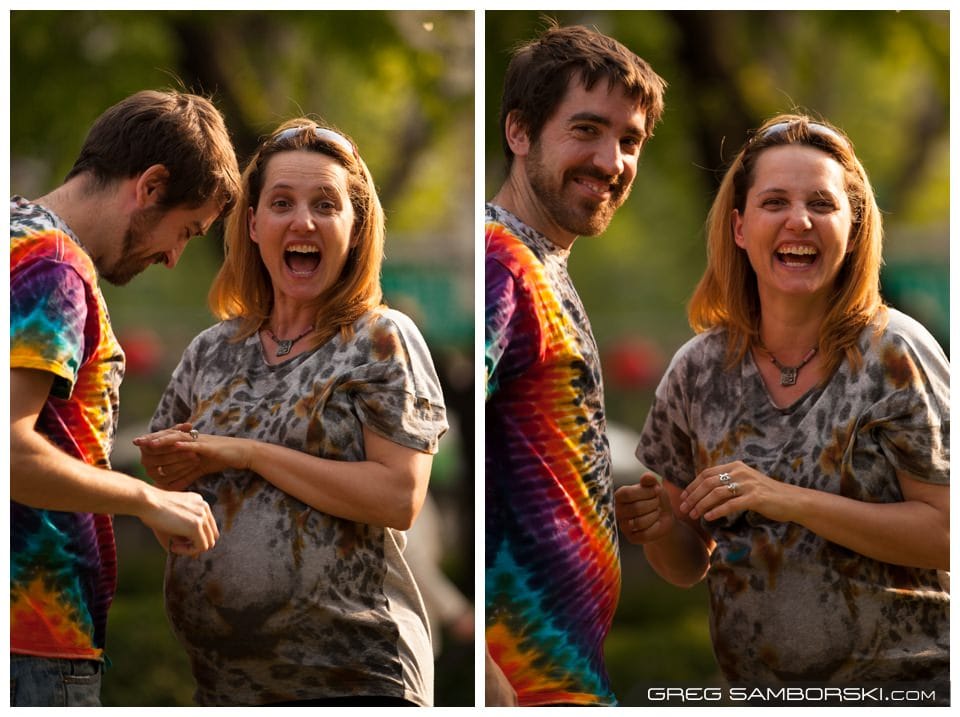